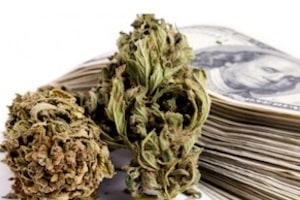 The Nevada and California drug laws are complicated and cover a variety of controlled substances, from prescription medication and medical marijuana to popular and widely used recreational drugs. Although it seems unfair, even if you are unaware of these regulations you may still be considered in violation of the law. William J. Routsis understands that everyone has a right to a vigorous defense, no matter the charge, and he is committed to providing his clients with the attention their case deserves. Based in the Reno area, Attorney Routsis handles a variety of criminal defense matters with skill and dedication, including drug and marijuana charges.

Protect Your Rights When Accused of Drug Crimes

Knowingly and intentionally possessing a controlled substance without a lawful prescription, including either narcotics or medical drugs, is a felony offense in Nevada. Possession does not only mean holding it in areas like your pocket or on your person, but also areas that are under your control, such as your house or car. Possession for the purpose of sale is also a felony offense. It requires the prosecution to prove not only that you had possession, but also that you intended to sell the drug.

The penalties imposed for any of these drug offenses will depend on the schedule classification of the drug and the individual’s previous drug convictions, if any. They may include drug education treatment, probation, prison, and fines.

The types of defenses and strategies available to you in contesting a drug charge will vary based on the facts of your case and the circumstances surrounding your arrest. Since the prosecution must prove each element of the offense beyond a reasonable doubt, a common defense strategy is to present evidence that rebuts the prosecution’s case. For example, an individual without the intent to possess, sell, or traffic drugs is not guilty of these offenses. In addition, certain types of police misconduct, such as entrapment, conducting an unreasonable search and seizure of evidence, or obtaining statements without adhering to the proper Constitutional procedures, may result in excluding evidence or statements from consideration by the judge or jury.

Fight the Prosecution with the Assistance of a Reno Attorney

A talented trial attorney with an outstanding record of success in criminal cases, William J. Routsis takes the process of preparation seriously, relying on thorough research, tactical awareness, and capable investigators. He also believes that everyone deserves access to justice and has performed a significant amount of pro bono work during his career. If you are facing prosecution for marijuana charges or another drug offense, Reno lawyer William J. Routsis can advocate for you. Mr. Routsis is committed to helping criminal defendants in many Nevada and California communities, including in Carson City, Elko, and Susanville. To set up an appointment, call (775) 337-2609 or contact us online.