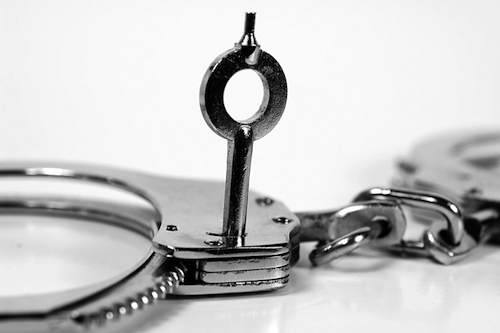 An accusation of murder or rape against you or a loved one is a very serious and intimidating experience. One of the most important things you can do is protect your rights under the law and remember that you have the right to defend against those charges with the assistance of an attorney. William J. Routsis fully understands the legal procedures involved in these cases. With none of his eight prior homicide trials resulting in conviction, he has an impeccable record of success in defending his clients against murder charges. Attorney Routsis represents residents of Reno and the surrounding areas in many criminal defense matters, such as charges of violent felonies like murder and rape.

Fighting Charges of Homicide in Nevada

Murder is defined in Nevada as the unlawful killing of another person with malice, either with the deliberate intent to do so or by an extremely reckless act. Murder is either of the first degree or the second degree. First-degree murder includes killing by poison or any other willful, deliberate, and premeditated killing. First-degree murder also includes felony murder, which happens when someone is killed while the defendant is perpetrating a serious crime, such as rape, kidnapping, arson, robbery, burglary, home invasion, or any abuse towards a child, elder, or vulnerable person, even if the defendant did not intend to kill anyone. Second-degree murder includes all other homicides, or generally any death caused by acts of the defendant that were so reckless that death was a foreseeable result.

Voluntary manslaughter may be charged if the victim was killed impulsively, after a serious and highly provoking injury was inflicted on the defendant. The provocation must be significant enough that it would incite a reasonable person to act with irresistible passion. The textbook scenario is when someone discovers their spouse in the act of cheating and snaps, killing their spouse or their spouse’s lover in the heat of the moment.

Involuntary manslaughter is homicide that occurred as the result of the defendant’s illegal actions or negligence, without any intent to kill. Unlike the more serious charge of second-degree murder, which requires reckless actions that are likely to cause death, involuntary manslaughter requires merely that the defendant acted negligently. An example might be cleaning a loaded gun around others that accidentally discharges and kills someone.

Since the prosecution has a heavy burden to prove beyond a reasonable doubt that the defendant committed a homicide, the defense often seeks to rebut the prosecution’s case with evidence that suggests the possibility of alternative explanations for the death. Police misconduct may also require the Court to suppress evidence, such as that obtained in violation of the defendant’s Constitutional rights. Self-defense may be argued in situations when the defendant acted in response to a reasonable belief that it was necessary to prevent imminent and serious injury.

Protect Your Rights against Allegations of Sexual Assault or Rape

Sexual assault is the unauthorized and forceful act of sexual penetration upon another, against the will of the victim or under conditions where the victim is mentally or physically incapable of resisting or understanding the nature of the conduct. This includes situations involving people who have a pre-existing relationship, commonly referred to as “date rape,” as well as situations in which the victim is unconscious or passed out, or has a particular mental or physical handicap.

In Nevada, rape is a serious felony offense. A conviction requires registration as a sex offender and could mean a life prison sentence, depending on the circumstances of the offense, the age of the victim, the criminal history of the defendant, and whether the victim suffered substantial bodily harm. Common defenses include the consent of the alleged victim, false accusations, mistaken identity, and lack of proof, among others.

It is important to retain a qualified attorney who is experienced in defending serious criminal charges of murder and rape, since there is so much at stake. For 25 years, skilled Reno lawyer William J. Routsis has represented people facing prosecution for violent crimes as well as drug charges, DUI, domestic violence, and other offenses. While Mr. Routsis’ perfect record of zero homicide convictions demonstrates his trial skill, his dedication in providing each client with personalized attention shows his commitment to you. To discuss your case with Mr. Routsis, schedule a consultation today by phone at (775) 337-2609 or online. We represent individuals in many areas of Nevada and California, including Carson City, Winnemucca, and Quincy.